It seems as though January was the month of meetings for Lions. On Thursday, January 28, John Menken, Jeni Williams, Pat Strickland, and Sally Sibulkin attended the Zone meeting in Wakefield. According to the Zone Chairperson, it was the best attended Zone meeting in a while. The next Zone meeting will be in Wolfeboro in March – the Green on Green meeting, corned beef and cabbage dinner, and bidding on items wrapped in green.

Then the weekend immediately following was the Multi-District Convention in Nashua. Jeni Williams and Sally Sibulkin attended and came back with some good information and contacts. By the way, we were one of only nine clubs to submit a Peace Poster. The committee framed a copy of our club winner’s poster which we will ask to have hung at MCS to help publicize the 2016 contest 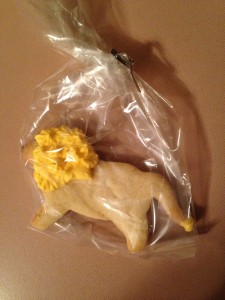 At the dinner, letters nominating Lions for the Lions Academy Awards of Recognition were read. Our club, as you can see from the page in the program, had two letters: one for John Menken for Lifeboat Lion and one for Joe and Pat Keegan for Best Supporting Lion. While neither one the trophy, we are proud to have them mentioned and honored. They were in excellent company. 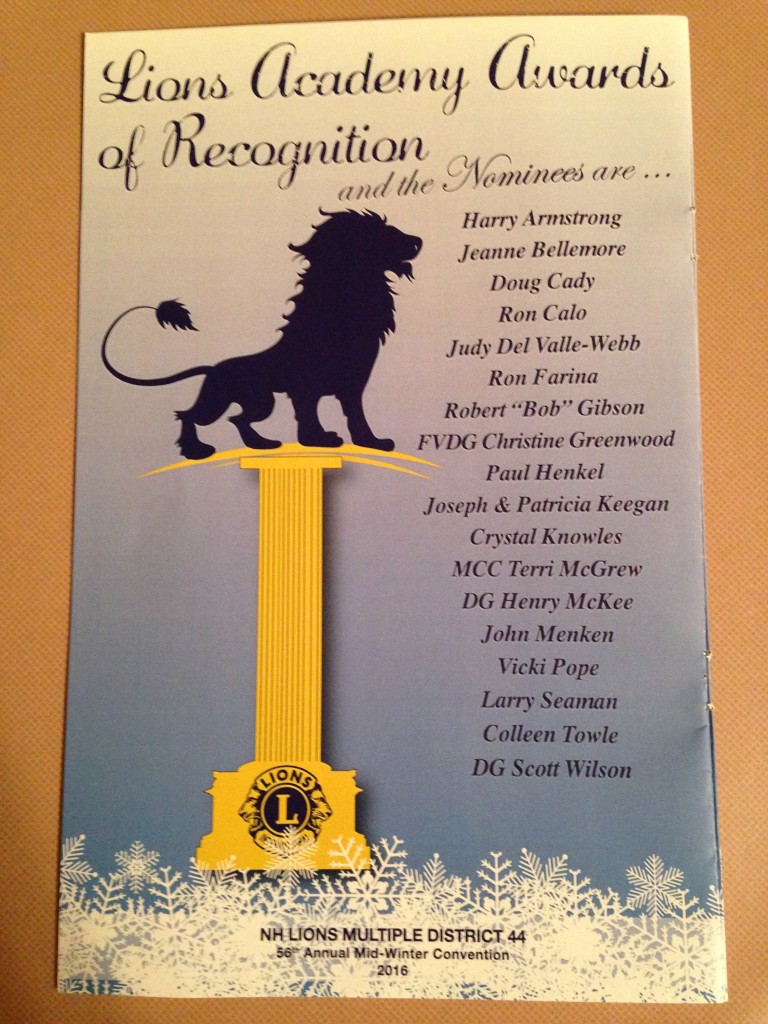 Also in January, we had to cancel the dinner meeting because of weather.

February’s dinner will be Pot Luck (as Donna is away) with a Valentine decorations on Monday February 15.